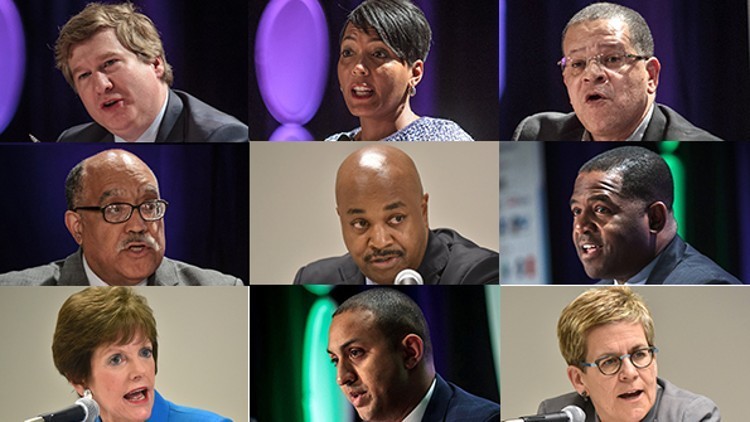 By Greg Bluestein – The Atlanta Journal-Constitution

Keisha Lance Bottoms pulled ahead of Mary Norwood in a Channel 2 Action News poll of the Atlanta mayor’s race released Friday that pegged the two councilwomen to double-digit leads over their nearest other competitor.

The Landmark Communications poll had Bottoms leading Norwood 25.4 percent to 23.4 percent, a two-point gap that’s within the poll’s margin of error. Former Atlanta Chief Operating Officer Peter Aman, at 12 percent, was the only other candidate in double digits.

The poll was released as candidates competing to succeed Mayor Kasim Reed make their final push before Tuesday’s vote. The election will almost certainly result in a December runoff since none of the eight major candidates in the wide-open field are expected to get a majority of the vote.

Norwood led every public poll until this one, though earlier surveys showed her plummeting from roughly 30 percent to the low 20s. Her numbers have eroded as she’s faced attacks from opponents — the mayor, rival candidates, state Democrats — labeling her a closet Republican.

Norwood, a self-described independent who would be Atlanta’s first white mayor in 44 years, still leads the field among men, older voters, white voters and Republicans. But her struggles with black voters and Democrats have grown more pronounced.

Polls once showed about one-fifth of the black electorate supported her; Friday’s results pegged her at roughly 13 percent among African-American voters. At the same time, she’s faced increased competition for white voters from Aman and Woolard.

In a crowded field of five leading black candidates, Bottoms has capitalized the most on Norwood’s fall. Buoyed by Reed’s endorsement and a surge in fundraising, the councilwoman has a wide advantage — at 45 percent — among African-American voters. She’s also leading among women, Democrats and voters under 50.

Aman’s campaign hinges on eating more of Norwood’s base in majority-white neighborhoods, but the poll shows he has his work cut out for him. He’s second among white voters, with 20 percent, but he’ll need more than that to make up for his struggles with black voters: He’s tallied just 3 percent of the black vote.

Several others have hardly budged since the last Channel 2 poll, which was conducted in early October and showed a jumble of candidates around 6 percent. But many reported saving six-figure troves of cash for the final days — and carefully honed plans to drive their most committed voters to the polls.

The poll of 750 likely voters was conducted on Wednesday and it has a margin of error of 3.6 percentage points.

Check out the crosstabs here.